Released back in 2013, this doesn’t bear the 19-rating in the corner but Voodoo Doll was indeed slapped with one, requiring a clean version for broadcast and its choreography altered for televised performances. Gore and body mutilation is prevalent, with all six members imprisoned and tortured by a twisted female character using a voodoo poppet. It looks more horror film than music video, but it’s also one of VIXX’s great singles – a thumping, suspenseful track layered with power notes and rattling synth fades – and highly recommended if you’re new to the group. 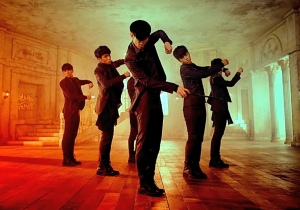